Earlier this week, Blaine’s weekly community newspaper, The Northern Light, reported that an unidentified Blaine business owner had funded the United States Postal Service delivery of hundreds of copies of a startup publication called The Flame to Blaine and Birch Bay residents.

END_OF_DOCUMENT_TOKEN_TO_BE_REPLACED

It’s been almost three months since I made a blog post about City of Ferndale permits being issued and/or processed for an Immigration and Customs Enforcement (ICE) office on the business property of Mahmoud Boulos in Ferndale. I have done some more research recently and have additional details to share about this office that is hiding in plain sight in Whatcom County, at 1380 and 1390 Commerce Place in Ferndale.

END_OF_DOCUMENT_TOKEN_TO_BE_REPLACED 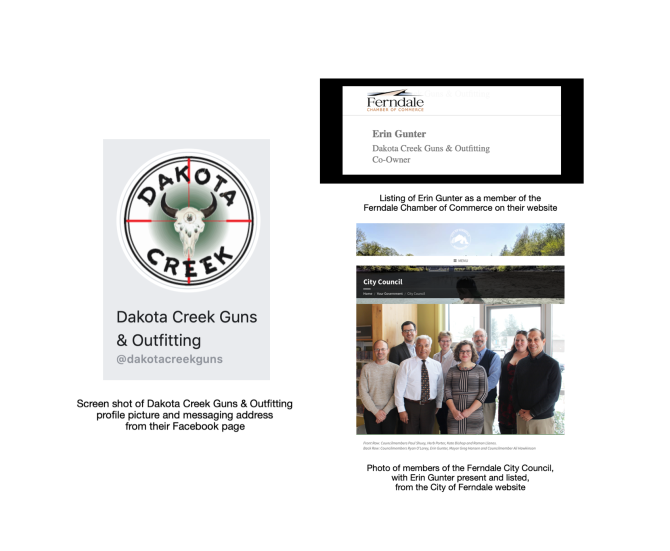 Subject: Calling for Council Members to refrain from actions that intensify intimidation or persecution of people of color and other marginalized community members

During this time of extreme pain and demand for action from people in our communities who are Black and of other oppressed and persecuted communities, I wanted to write you about what I see as a visible representation of violence and intimidation that stands in close proximity to your Council. END_OF_DOCUMENT_TOKEN_TO_BE_REPLACED 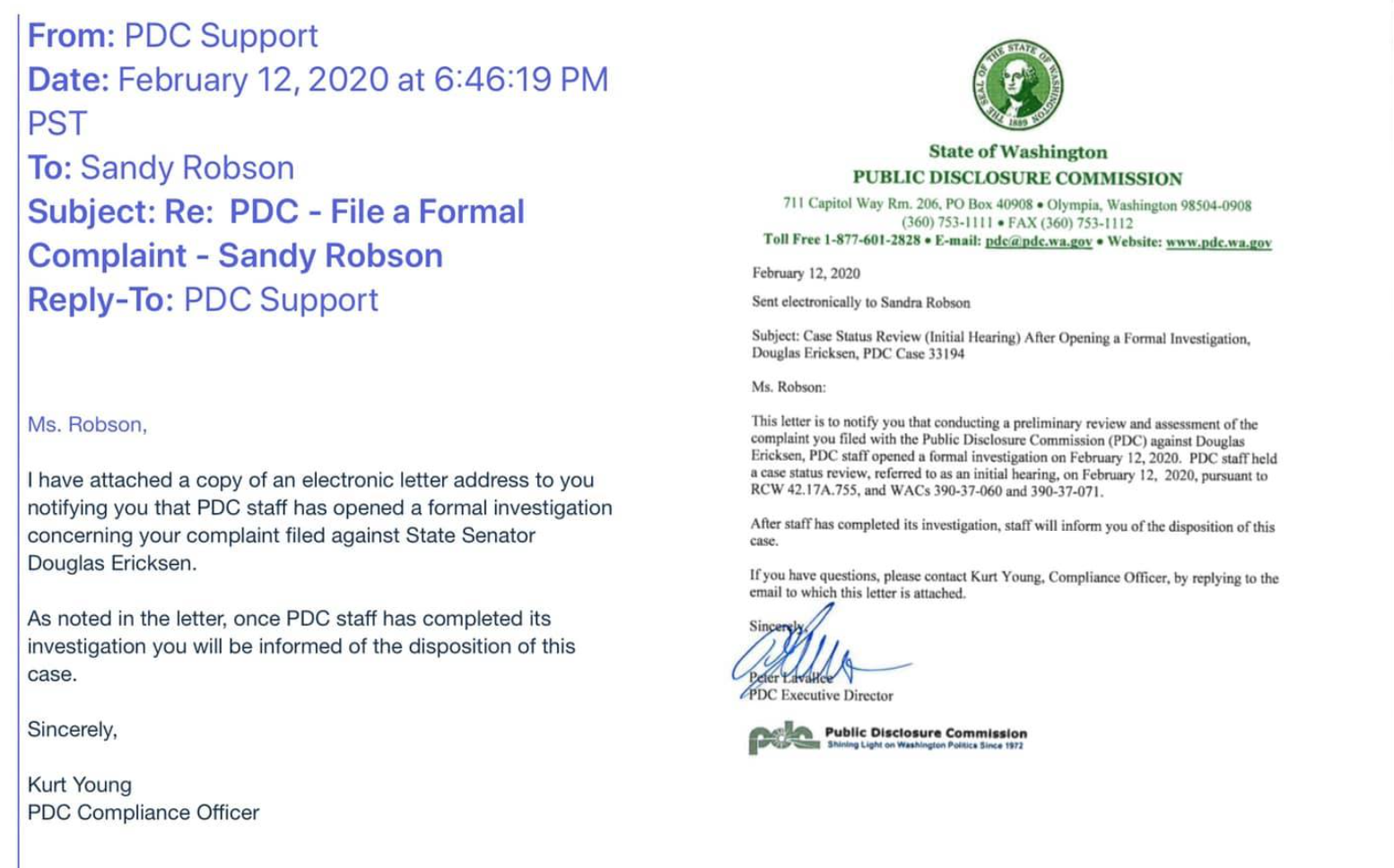 On Wednesday, February 12, I received an email from Washington state’s Public Disclosure Commission (PDC), notifying me that, after assessing the facts, their agency has officially opened a formal investigation concerning my March 6, 2018, complaint filed against State Senator Doug Ericksen. END_OF_DOCUMENT_TOKEN_TO_BE_REPLACED

There have been some people in Whatcom County who have suggested that posters linked to the white supremacist group, Patriot Front, which were reportedly placed in Ferndale in late July, might just be a stunt or a false flag. However, there have been numerous news stories reporting on the distribution of similar white supremacist posters and literature having occurred in other cities across the country.

END_OF_DOCUMENT_TOKEN_TO_BE_REPLACED

Tonight I attended the “Hate Has No Home Here” Ferndale community meeting against hate groups event, hosted by the Riveters Collective, that was held at the Ferndale Library.

END_OF_DOCUMENT_TOKEN_TO_BE_REPLACED

I sent this email letter copied and pasted below to the Ferndale’s city council members and mayor Jon Mutchler today:

It is my understanding that the
Ferndale City Council has proposed a resolution entitled, “Rejecting White Supremacy and Establishing Ferndale as a Welcoming City,” and you are discussing it at the ‪August 19, 2019‬ City Council meeting.

END_OF_DOCUMENT_TOKEN_TO_BE_REPLACED 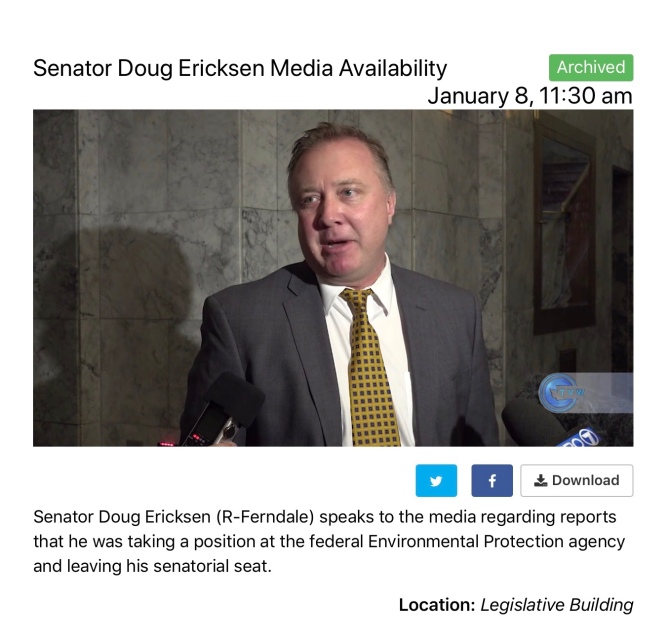 On January 6, 2018, Republican state Senator Douglas Ericksen found himself on the front page of The Bellingham Herald, and the subject of headlines in numerous other news publications later that day and over the weekend, for having been appointed to the position of senior adviser to the regional administrator in the Environmental Protection Agency’s Region 10 office, in Seattle, Washington. Ericksen tried to quash that news by saying the story was false, and by calling those press reports “erroneous.” Local reporter Kie Relyea, first broke the story on January 5, in the online version of The Bellingham Herald. END_OF_DOCUMENT_TOKEN_TO_BE_REPLACED 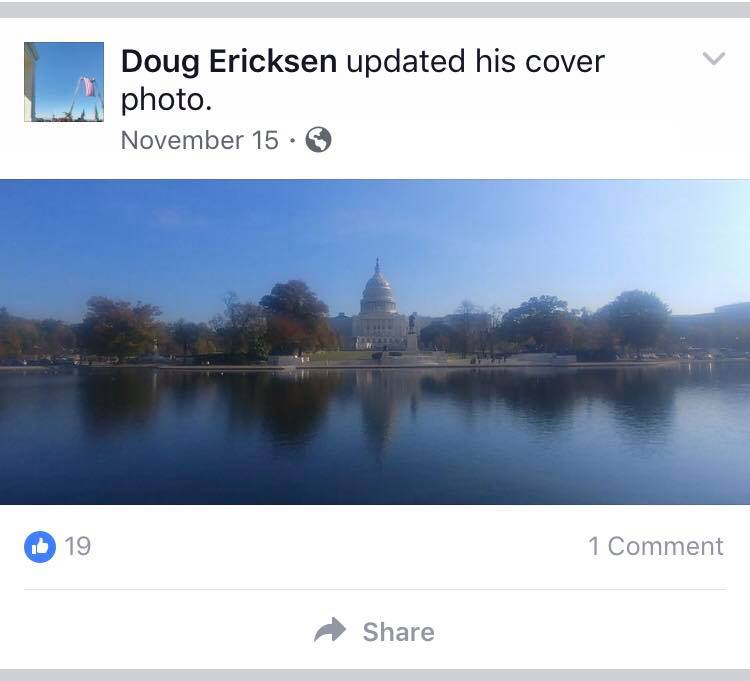 Current state Senator Doug Ericksen (R-Ferndale) may soon be working for the U.S. Federal Government. According to a reliable source who has ties to the EPA, Ericksen, will be joining the EPA as a Special Adviser to the agency’s Region 10 Regional Administrator, after the New Year. END_OF_DOCUMENT_TOKEN_TO_BE_REPLACED 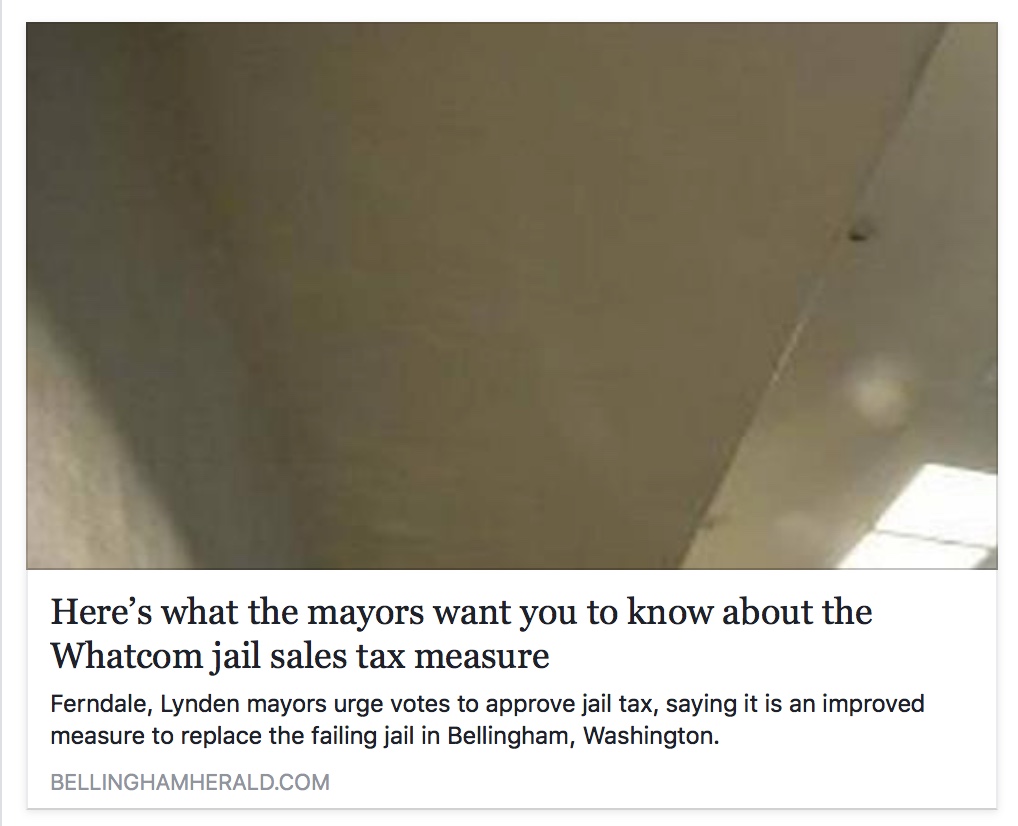 It is infuriating that small city Mayors Mutchler and Korthuis are using mental health services and diversion programs to sell the jail sales tax to voters in this op-ed in the Bellingham Herald, when they were supporting the Jail Facility Finance and Use Agreement with no assurances of monies for these. END_OF_DOCUMENT_TOKEN_TO_BE_REPLACED