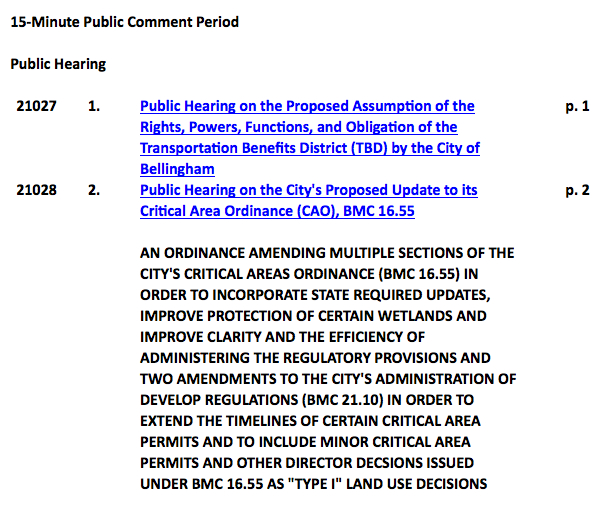 The Bellingham City council meeting is this Monday with a number of important issues on the agenda, including a work session on annexation of Trickle Creek and surrounding areas.

Jack Weiss has filed a proposal to ban smoking in public parks, which I highly support.

The proposal for requiring sick leave for employees will be discussed.

In the least transparent issue on the agenda, the council will be discussing a resolution to assert “substantial need” in order to get the full 1% property tax increase which we are being told is normal and should be expected every year. I have struggled for the last month to understand what is happening with the Mayor’s new budget and can not really get staight answers. I do not support this new tax because the city is providing too much of the public’s money for the benefit of developers during an very large real estate boom.

Most important to me is a public hearing for the amended Critical Area Ordinance, that is being piecemealed apart from the Comp. Plan update and which fails to address the most fundamental flaws in the CAO.