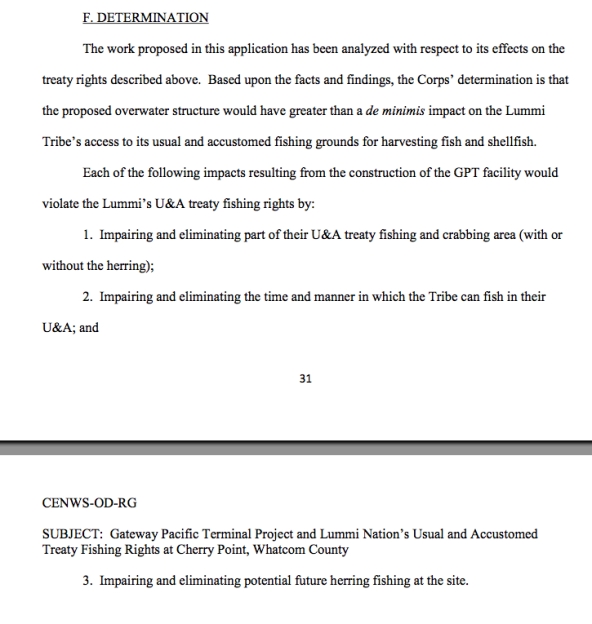 It is my understanding from an email sent by Deputy Whatcom County Executive Tyler Schroeder to a friend of mine, that the parties of the contract, which I assume is for the preparation of the EIS for the GPT project of which the parties include CH2M HILL and Whatcom County, have agreed between each other for the contract to be extended 180 days from the date of contract signature, or March 13, 2016, whichever occurs first, “to accomplish ramp-down contract activities to ensure that the work and the contract are closed out in an orderly fashion.”  While Mr. Schroeder did not precisely indicate it in this same email, I assume that the contract for reimbursement of costs and fees associated with the EIS between PIT/PIH, BNSF, and Whatcom County would also be extended. Deputy Executive Schroeder explained that the contract would be presented to you council members for approval at your September 13, 2016 meeting.

I am requesting that the County Council deny this contract extension.

On May 9, 2016 the United States Army Corps of Engineers denied the Gateway Pacific Terminal (GPT) Section 404/10 permit.  Recognizing that without this permit the GPT project could not then meet minimum requirements set forth in statute and rule, the Department of Natural Resources denied the application for an aquatic land lease.

Meanwhile, I think it is important to recognize something more important than the fact that the project cannot proceed without the permit approval from the Army Corps.  The Army Corps made their decision to deny the permit because the construction of the GPT facility would violate the Lummi’s U&A treaty fishing rights.  I cannot see how the County Council or any other government entity in the United States can, in good faith, offer extensions to project proponents for any aspect of this project which has been determined to be in violation of Lummi Nation’s treaty rights, as treaties are the supreme law of the land according to the United States Constitution.

Therefore, because the Army Corps of Engineers extensively evaluated relevant studies and other research materials provided by both Lummi Nation and Pacific International Terminals and has determined that Lummi Nation’s treaty rights would be violated by the construction of the GPT facility:

I would appreciate an acknowledgement of receipt of this email.
Sincerely,

Please feel free to use this email in whole or in part to send your own email to the Whatcom County Council before their next meeting on September 13, 2016.

Here are the email addresses for the Whatcom County Council.  Sending to all these addresses is most effective: