At an April 19 protest at the state Capitol in Olympia, Washington, in the midst of the COVID-19 pandemic, Tim Eyman fist-bumped a woman, posed with her for a photo and laughingly proclaimed something that is actually true in its most literal sense, “We’re risking death right now.” On April 19, Eyman, a 2020 candidate for Washington governor and serial initiative filer, posted a 3-hour Facebook live-streamed video of the protest against Washington state Governor Jay Inslee’s stay-at-home order that has been in effect since it was first issued on March 23, and extended for an additional month on April 2.

The video documented Eyman’s interactions with hundreds of protesters, often those interactions were in close proximity with people. There were reportedly around 2,000 to 2,500 people at the protest. The video also showed Eyman touching his face frequently, often right before touching person after person he spoke with, at one point leaning down to speak closely and directly in the face of an elderly woman dressed as Lady Liberty. 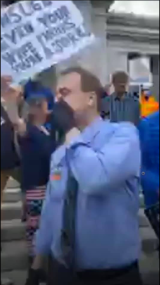 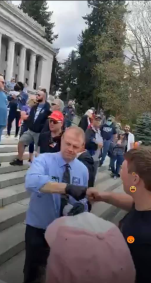 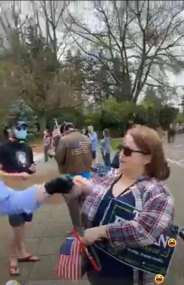 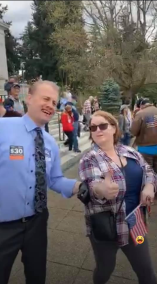 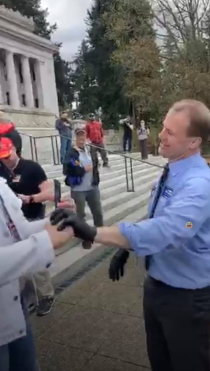 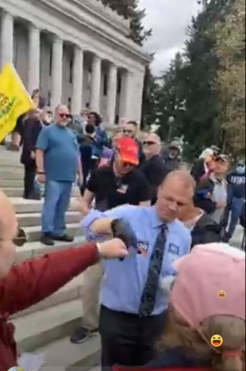 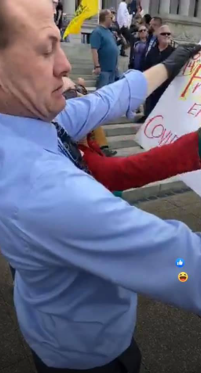 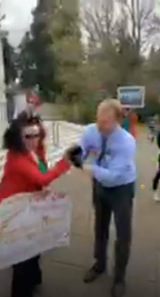 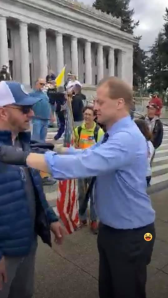 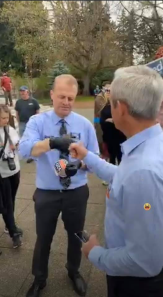 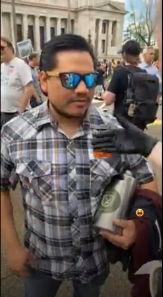 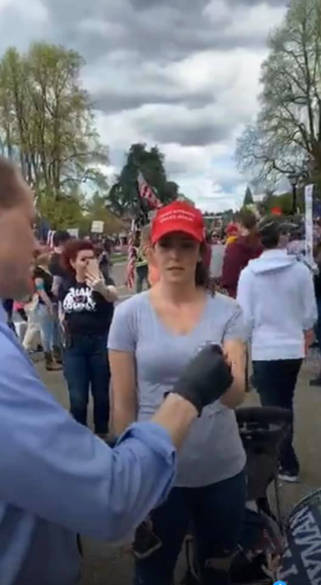 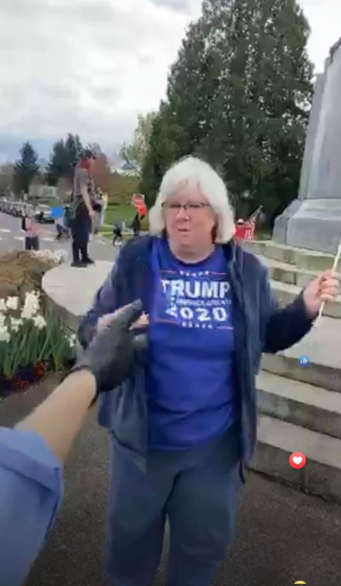 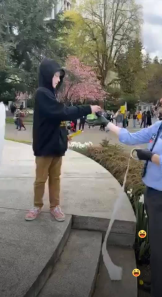 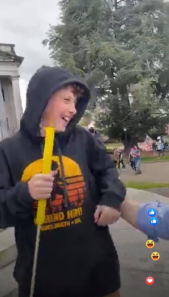 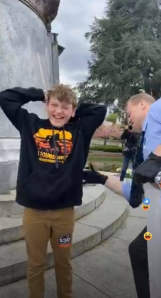 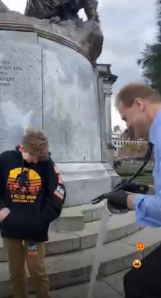 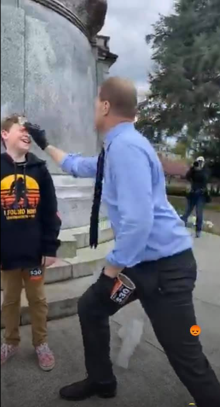 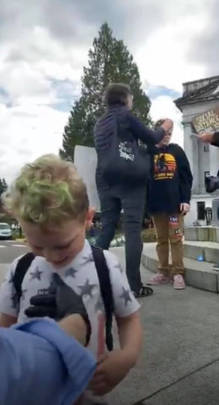 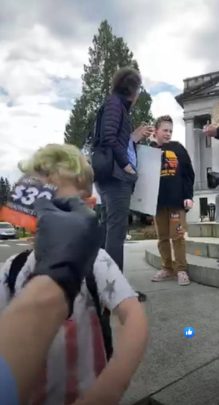 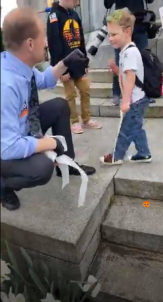 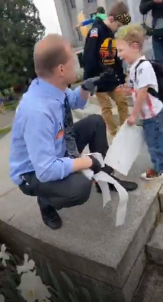 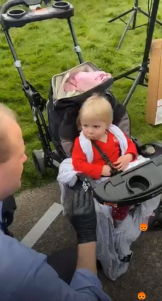 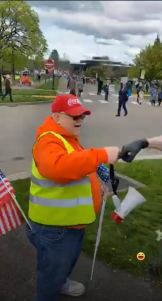 The bulk of the 3-hour video centered on Eyman. I watched large sections of the video, but not every single minute of the footage.

What I observed of the video was very concerning to me because there were very few people who wore masks/cloth facial coverings or practiced physical distancing of 6 feet, both of which are recommended by the CDC. Eyman did not wear a mask of any kind, but he did have on black nitrile or latex medical gloves. However, in watching the sections of the video that I did, Eyman touched his own mouth, nose, and face countless times throughout the day, in between the times I saw him handling stickers, fist-bumping, shaking hands and putting his hands on people.

I have attached numerous still frames I took from the video, most of which are not great quality, however I think people will be able to see all of what I describe here.

In the video, Eyman came up to a child who looked to be about 10-12 years old, and then pointed up to the sky to distract the boy as he then placed a sticker on the child’s sweatshirt on his back. He laughed and the boy smiled. Then Eyman placed multiple stickers on the boy’s arm, and finally, one on the child’s forehead. After Eyman had placed multiple stickers on the child’s body, he then play-scuffled with the child until the child lightly fell backward onto the steps behind him, both of them laughing. Eyman then, says, laughingly, “I physically assaulted you. Is that okay?”
The child shrugs and says, “Okay”
Eyman then, says, as he is walking way from the child, “Alright! So it wasn’t actual child abuse.” It seemed odd to be making joking references to a child about either physical assault or child abuse.

Eyman also walked up to a child who looked to be about 4 years old and asked him, “Can I put this [sticker] on your face?” The child shook his head no. Then Eyman asked him, “Your cheek?” And, then he teased the child, making it seem like he was about to place the sticker on the boy’s forehead, but then lowering it to direct it to the child’s chest, placing it there instead.

Eyman also squatted-down next to a toddler who looked to be 1 and a half to 2 years old who was in a stroller and placed a sticker within reach of the toddler on the child’s stroller on the side of the drink/food tray.

It was extremely disturbing to witness Tim Eyman touching his own face constantly throughout the hours-long protest and fist-bumping people; shaking hands with people; handing-out, and often times placing on people, his 2019 November $30 Car Tabs stickers (featuring his email address and phone number); and standing closely next to people as he talked with them and/or posed for photos with them.