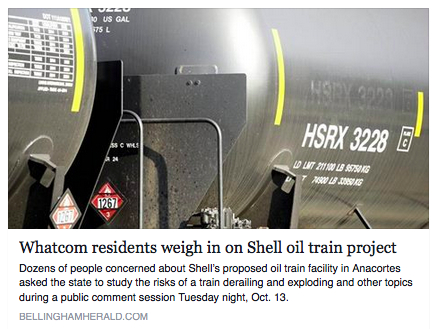 This is not just a Skagit County issue. Here in Whatcom county, Bellingham is moving forward with residential and commercial development in the Lettered Streets and the Waterfront District that is not just in the blast zone, but a block or two away.. mere yards.

The county is constructing a jail within the blast zone, leaving people locked up and unable to escape when an explosion occurs. Blaine is building new homes that literally back up to the railroad tracks.