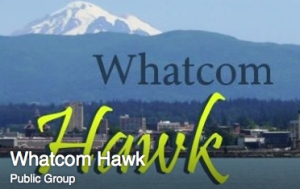 “The smart way to keep people passive and obedient is to strictly limit the spectrum of acceptable opinion, but allow very lively debate within that spectrum….”
― Noam Chomsky, The Common Good

“It is important to bear in mind that political campaigns are designed by the same people who sell toothpaste and cars.”
― Noam Chomsky

I am going heavy on the Chomsky quotes as fortitude as I fight off my election blues as the seemingly only person deeply disturbed by what I am witnessing in this election cycle.

Yes, I am talking about campaign mailers in part.. no, not THAT mailer.. all of them. Know what? You could take all of them and mix them up and just post a candidate name to one randomly and I bet the average voter would not even notice. They all sound the same and they all repeat the same mantra: jobs, jobs, jobs, jobs, jail, jail, jail. The major point of contention is the charter review amendments.

Sure, there is some lip service to the environment, but relatively little and come on.. they do not mean it. There has been no meaningful discussion of specific environmental concerns, and proposed solutions. There is not even any acknowledgment that current approaches are not working and things are getting worse. Or that the city and county are now openly embracing policies known to increase environmental degradation, that our entire treatment to environmental protection is flawed and requires an holistic approach to the entire watershed ecosystem. Instead we piecemeal out ecosystem functions and fail to mitigate for impacts.

Sadly, there has been no focus on the totality of biosphere disruptions that threaten human survival through global collapse. Apparently, that does not trump jobs. This is the election where the environment stayed home.

Another difference between the progressives and conservatives is that the conservatives assert we are over- regulated and need reductions. It is not hard to figure out that when water quality and quantity declines and critical areas are not being protected, overregulation is not really the problem. Yet none of our progressive candidates will come out and admit this or advocate for more protective regulations.

If unemployment is up and the loonie is down, but housing prices keep rising, then the only people getting rich are the developers. Has any candidate openly opposed all the developer incentives and public subsidies handed over to this industry? In fact, has any candidate been brave enough to admit that there are limits to growth and that land and natural resources are finite and we need to reflect this in our planning process?

The bigger issue is the fact that no one is going beyond the jobs mantra to examine what larger political and social issues are at play and attempting to address the systemic problems that result in insufficient jobs or jobs that do not pay a living wage. Who needs more politicians that slap bandages on the symptoms while being careful not to rock the boat or upset the status quo? The only exception to this is Joy Gilifilen with regard to social issues.

And then, there is a troublesome lack of any candidate race in a Bellingham election that included the mayor and four city council seats. Does anyone think that reflects a healthy local government? And given this problem, does no one see the connection between the lack of candidates and the mayor’s endorsement of a city council candidate in the only open race, or her routine issuance of inaccurate and misleading propaganda that can be disproved by objective data? The message is clear.. dissent will not be tolerated and everyone needs to fall into line. And increasingly, they do, while policies that will change the quality of life are strongly opposed by the public, who are ignored.

And all of this is in addition to MailGate. So I can not join in with my friend’s enthusiastic endorsements and excitement in this election cycle. I see troubling changes that result in a weaker public voice and a greater adherence to the status quo. I see the gap between “us” and “them” narrowing as a practical matter, while we focus on just a few areas of conflict and more significant matters go unaddressed. I see the appearance, but not the reality, of true democratic elections.

And I am feeling the blues. My ballot remains unopened on my dresser. I will get around to mailing it in, but more in the way that one gets around to mailing in a tax return or paying a bill. Sure, it still matters, but not nearly as much as it should.