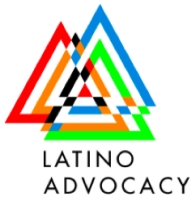 Bellingham, WA- Early today local advocates received calls from media requesting a comment on Bellingham Police Department result of their own investigation to the complaint of racial profiling of Lelo Juarez against one of their officers filed on September 18th, 2015. Lelo and his advocates learned of the result of the inquiry via local media outlets, same way they learned of the release of the officer video cam footage some weeks ago.

Advocates agree that the result of BPD investigation is appalling, as well as the preferential way BPD give to media, and it shows a lack of regard for the community and its people.
BPD should have contacted the family, Lelo’s attorney, or the community advocacy groups, before they released the information to the local media outlets. The family will sue BPD and will file a claim probably within the week.
###
Maru Mora Villalpando
Latino Advocacy
www.latinoadvocacy.org