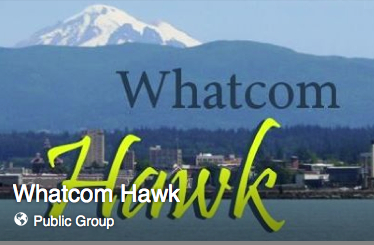 Anyone interested in Cherry Point and development impacts on herring? Well, I submitted BAS [Best Available Science] on the herring and it was ignored without comment. This information should have been used to make the herring a species of local importance because an attempt to add them to the ESA [Endangered Species Act] was not successful.

Hi Cliff:
Please include the following as part of the BAS.

http://wdfw.wa.gov/publications/01079/ Temporal and Spatial Genetic Structure among Some Pacific Herring Populations in Puget Sound and the Southern Strait of Georgia, 2005.

Cherry Point herring are the most genetically divergent species of herring in Washington. In contrast to herring that migrate out to sea, the Cherry Point herring travel inland to freshwater environments, like estuaries, to feed and spawn. And they do so at an unusual time of year, providing a vital food source to other local wildlife. That is why they are considered a species of biological significance. According to WDFW [Washington Department of Fish and Wildlife], “Cherry Point … herring are genetically and behaviorally unique and may be repositories of irreplaceable variation, which should be protected through careful management.”

Please note that this information was not considered when the county determined employment figures for Cherry Point as part of the comp. plan update.

You can send a comment regarding this information to Whatcom County Planning and Development here:

You can send a comment regarding this information to the Whatcom County Planning Commission here: