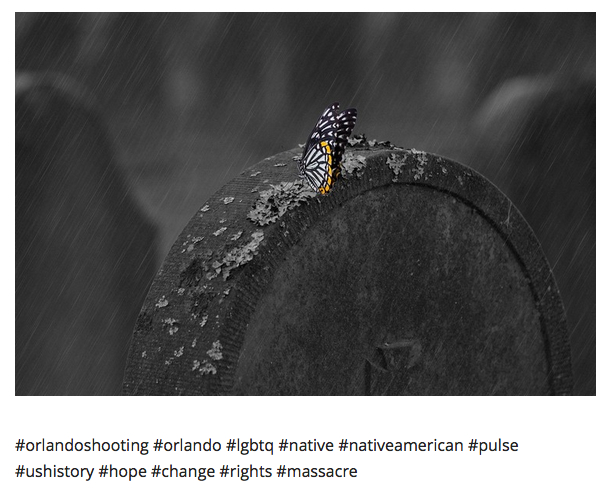 As with most Americans I awoke today to the news that our nation suffered “the worst mass shooting in US history.” In Orlando, FL, an armed man entered an LGBTQ nightclub, Pulse, on their Latin dance night, and killed at least 50 people with assault weapons. He was finally stopped when law enforcement rammed through the door in a tank and killed him.

It’s horrific. It’s a nightmare. It seems unimaginable. And yet we can imagine it because we keep reading the same headlines. One year ago this week nine African Americans were gunned down during Bible study in Charleston. It seems that it doesn’t really matter who you are or what you do (sexual orientation, gender identity, to religious practice), someone hates you enough to gun you down. You could be doing sexy dancing, praying, or just trying to pee and someone else wants you dead. […]