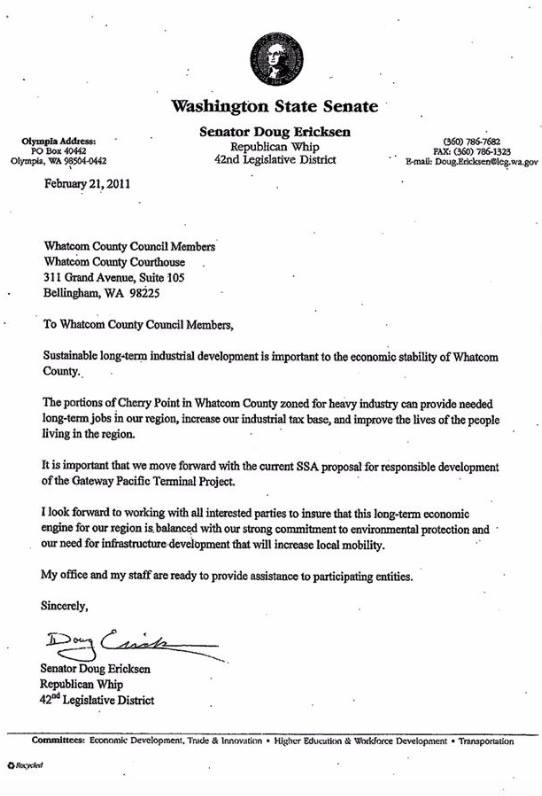 16 posts and what do you get? Another powerful reason that Doug’s Got to Go. Back in February of 2011 Republican State Senator Doug Ericksen wrote this letter, cheerily supporting the Gateway Pacific Terminal, to the those who were then members of the Whatcom County Council.

Senator Ericksen stressed to Council Members the importance of moving forward with the SSA proposal for the Gateway Pacific Terminal and finished his letter with this flourish:  ““My office and my staff are ready to provide assistance to participating entities.”

And as we know, some of those participating entities have been big contributors to Senator Ericksen’s campaigns.