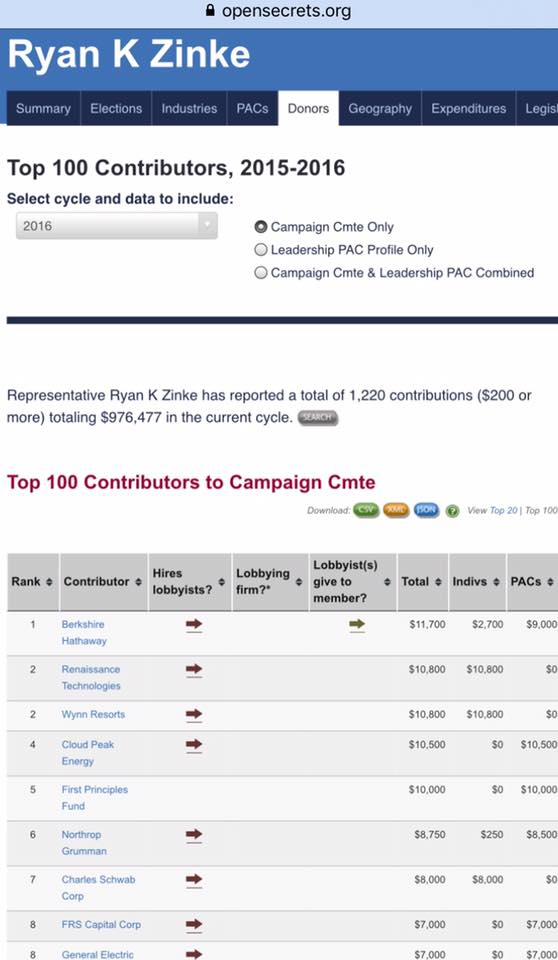 Zinke’s latest dirty deed for coal export terminal interests was his having sent a March 15 letter to Acting Inspector General of the DoD, Glenn Fine, in which the Congressman called for an investigation of USACE Colonel John G. Buck, relating to the Gateway Pacific Terminal project proposed at Cherry Point.

It appears that all Congressman Zinke had to do to receive those new campaign contributions, was to simply point a finger at a Colonel in the USACE who has been serving in the Army for over two decades, accuse him of wrongdoing, and ask that he be investigated, without having provided one shred of evidence in his letter to back up his accusations.